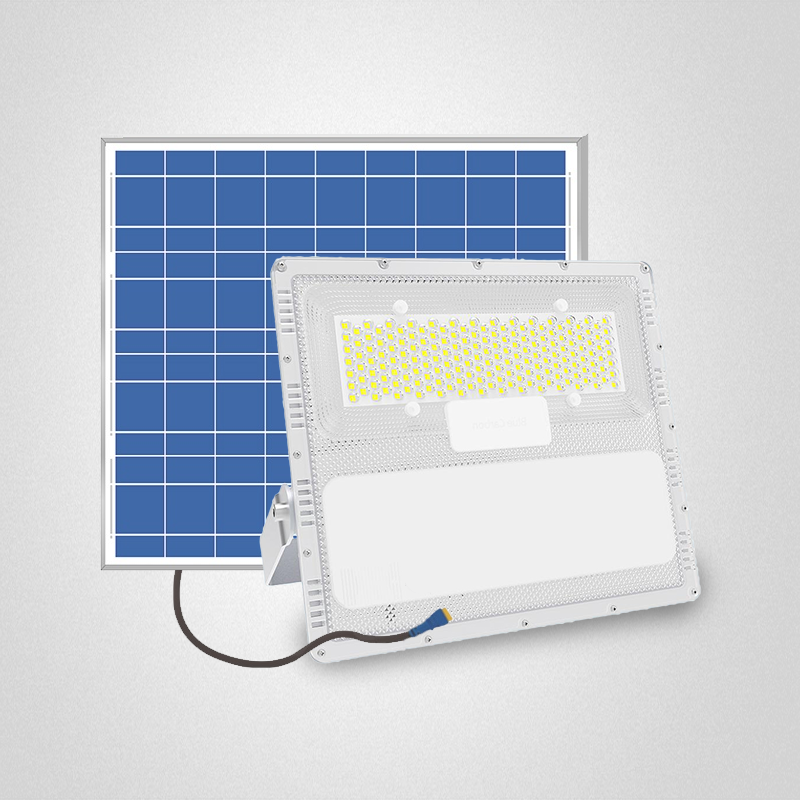 
Send email to us

LED solar flood light is a lamp that specifies that the illumination on the illuminated surface is higher than the surrounding conditions. Also called spotlight. Generally, it can be aimed at any direction and has a structure that is not affected by weather conditions. Mainly used for large-area homework fields, building outlines, sports fields, overpasses, monuments, parks and flower beds. Therefore, almost all large-area lighting fixtures used outdoors can be regarded as LED solar flood lights. The beam angle of the LED solar flood light is wide or narrow, and the transformation range is between 0° and 180°.

The LED solar flood light can be installed and used individually, or it can be combined with multiple lights and installed on a pole of more than 20m to form a high-pole lighting assembly. In addition to the beautiful appearance, centralized protection and maintenance, reduction of lamp poles and floor space, etc., the major advantage of this type of assembly is its strong lighting function. When the light is projected from a high place, the space brightness of the environment is high, and the light cover is large, giving people a feeling similar to daytime, so it has a higher lighting quality and visual effect. 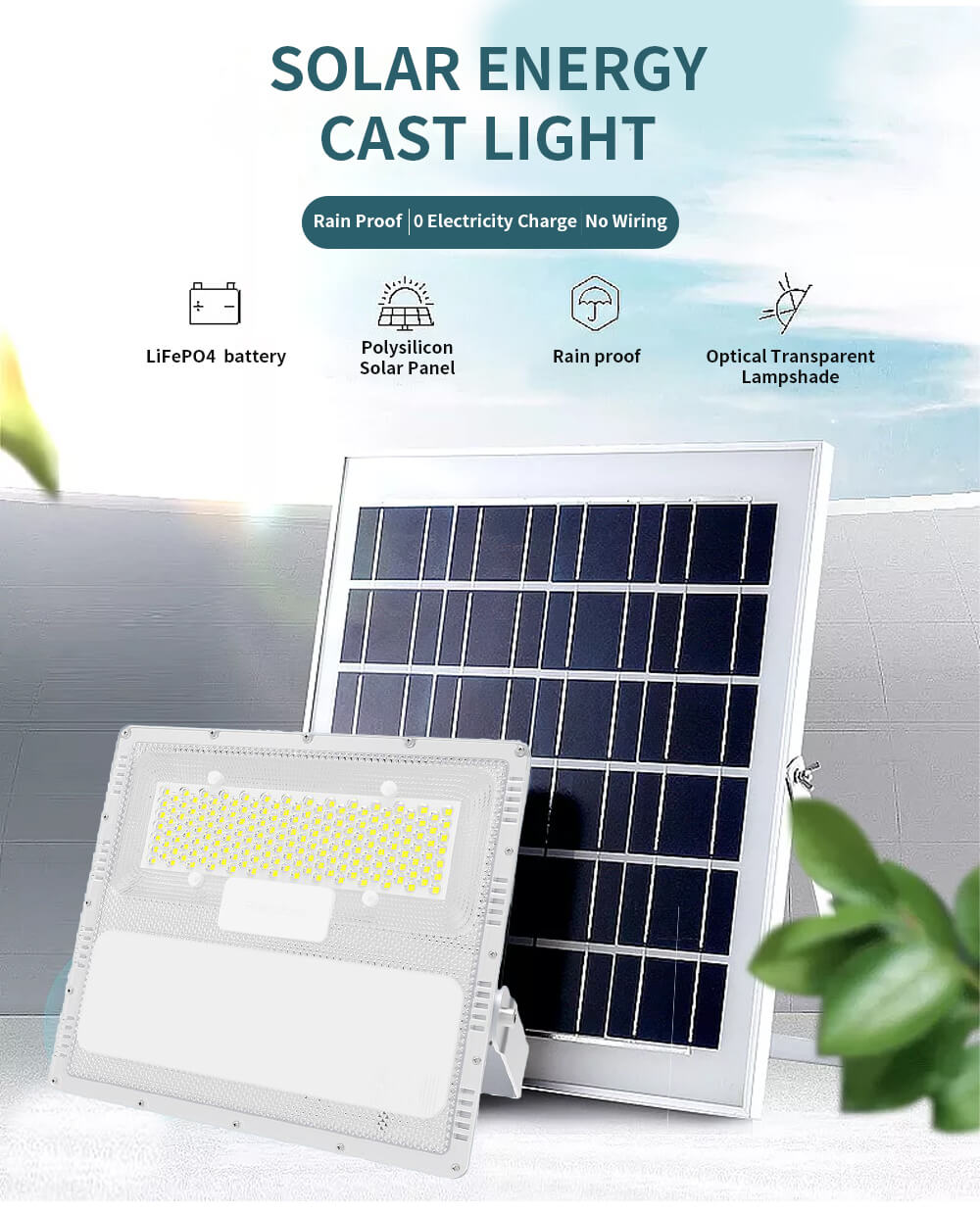 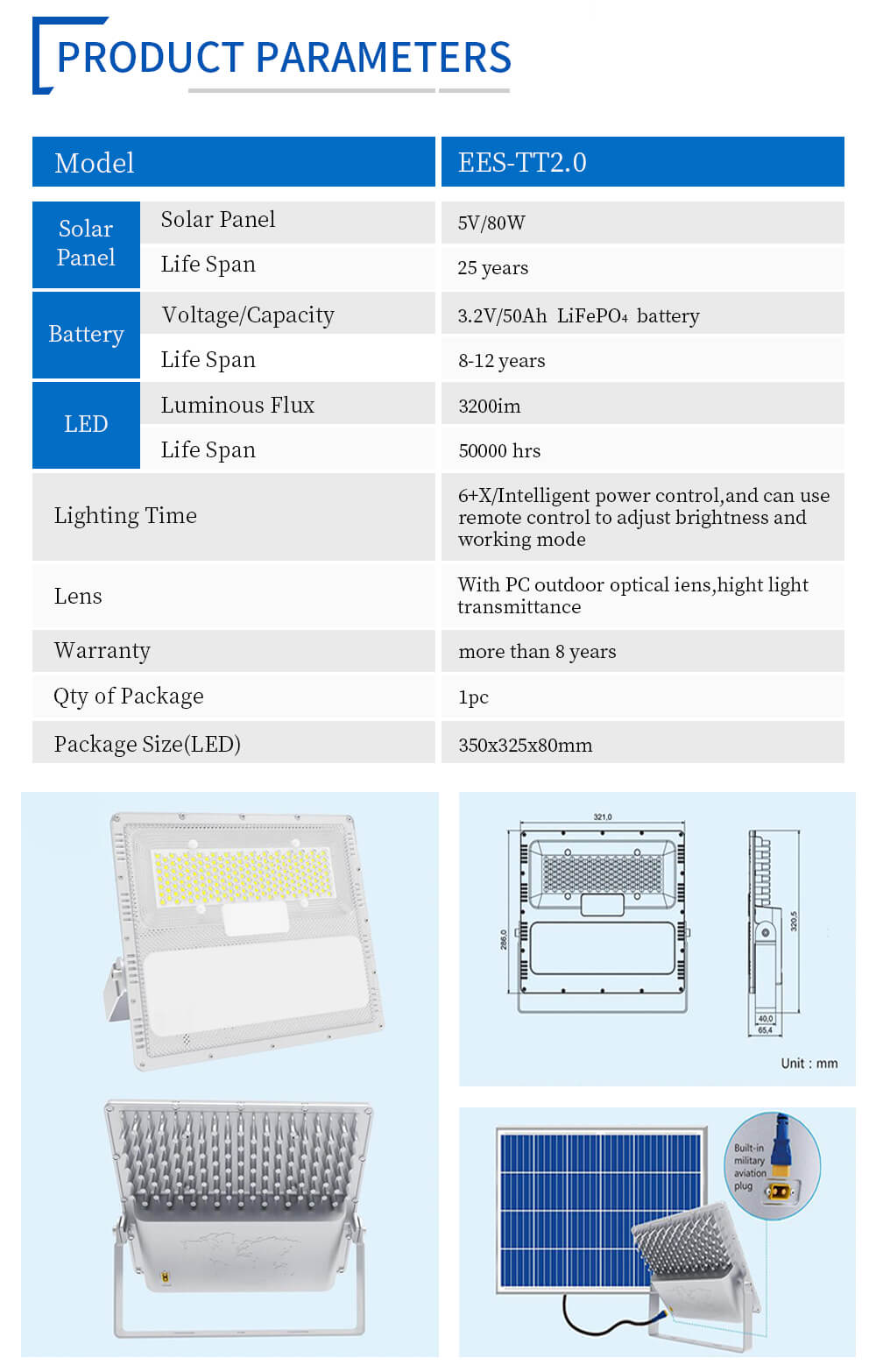 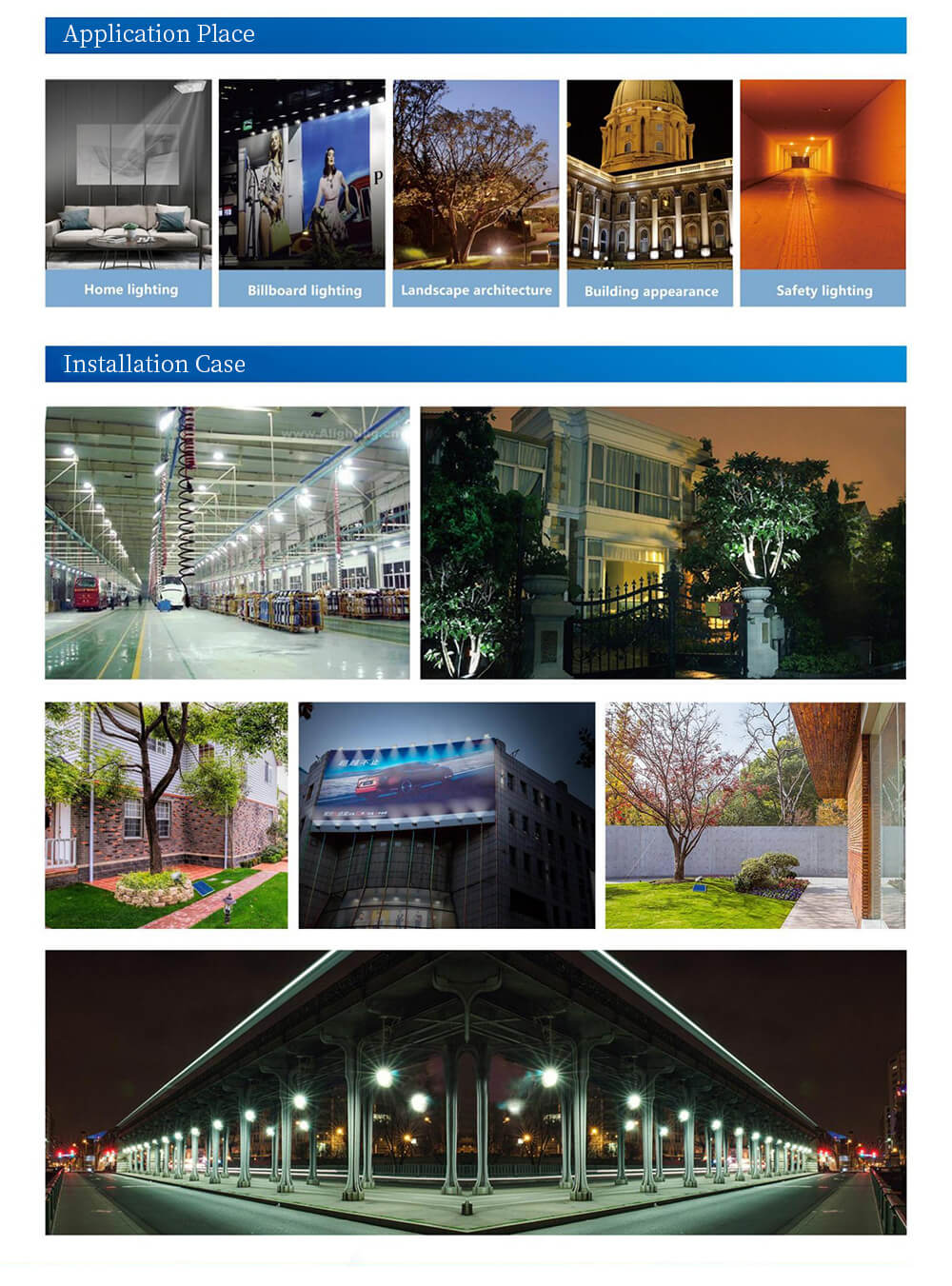